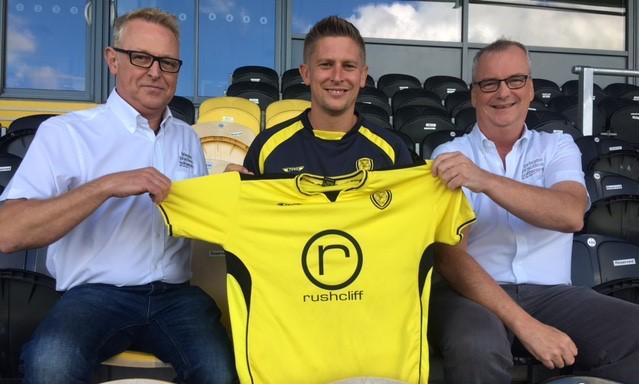 I think I was probably around 8 years old when I went to watch my first football match, my dad took me to a Stoke City game (I can’t remember who they were against) and for the first time, I understood the thrill of the game! I won’t lie and say that my dad managed to turn me into a dedicated football fan, although he did try his best! But I have been to some cracking matches over the years and wholeheartedly enjoy the thrill of being part of the crowd at a live game.

Football has always been a part of my life, as we were growing up my younger brother was heavily involved in football, from playing for fun as a youngster to playing for a few clubs on a trial basis. Eventually my dad became the coach for my brother’s local Sunday league football team and it became a weekly family affair, unfortunately, my brother never did turn pro! But we made some good memories and gained some lifelong friends along the way.

When I heard that Rushcliff were getting involved with Burton Albion I got very excited, it gave me a sense of nostalgia as I recalled all of the Sunday mornings spent on the sidelines, come rain or shine, supporting my family.

We have created our own family here at Rushcliff so it made perfect sense for us to extend our support to our local team and we consider it to be a privilege to be a part of the nurturing process for the talented youth of Burton Academy.

The partnership we have formed with the club is a perfect fit. We are located very close to the Pirelli stadium and have been operating in the Burton area for many years. Our company has grown over the years and we pride ourselves on recruiting talent from the local area, just like Burton Academy!

Our software is widely used by physios across the UK and internationally, making up nearly a quarter of our total user base! And we have been lucky enough to have been involved in various sporting events over the years including the Paralympics and Invictus games, so naturally, sport is an area we, as a company, have a keen interest in!

So, we are very proud to announce that for the next two season’s we will be the official sponsors for Burton Academy’s Under 16’s team. We’re very much looking forward to supporting the club and following the progress of these young stars.